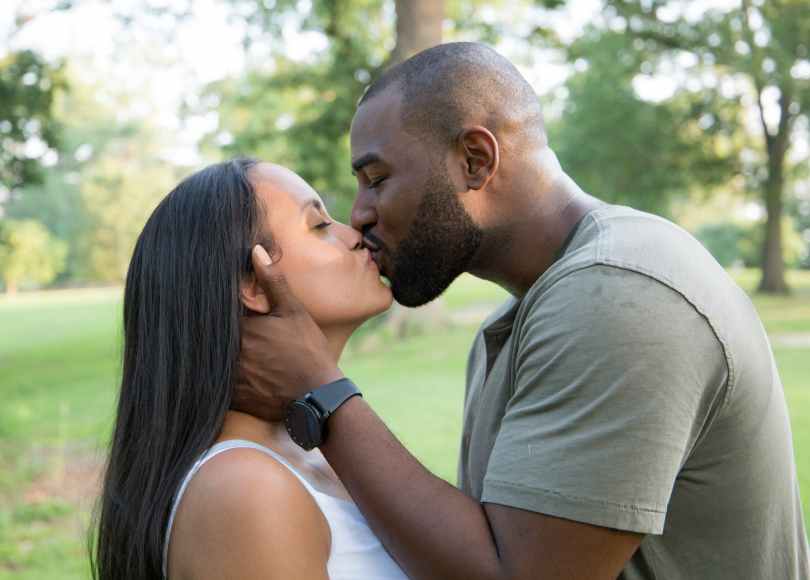 Much of the happiness a woman will achieve in this life will be in direct proportion to how well she understands and engages the man in her life. In 1 Peter 3:7, the apostle gives husbands this command, “You husbands in the same way, live with your wives in an understanding way … since she is a woman.” What wise advice that is! I tell men all the time that no man “speaks woman” naturally. It’s an acquired language. It takes research, investigation, practice, and a big dose of humility to learn it.

But look again at 1 Peter 3:7, and you’ll notice something there for you too. See it? It’s found in the words in the same way. Though Peter is passionately exhorting men to acquire an understanding of women, “in the same way” reminds you that Peter has just said the same thing to women; that is, women need to work to understand men too, because men and women will always be alien beings to one another.

Studying the opposite sex is a life-long process. And intentionally connecting with the man in your life takes hard work. If you consistently avoid the following six no-no’s, you will engage his heart and solidify your relationship:

1. Never nag. There are better ways to address problems in your relationship such as a direct, face-to-face dialogue about what is bothering you. If that fails, seek outside help. But don’t nag. Nagging is jeerleading, not cheerleading, and it never improves a man. It only hurts him. One of the worst things a man can experience is looking daily into the “mirror” he loves and seeing his faults and shortcomings relentlessly being played back to him.

In my pastoral experience I’ve found that many unhappy marriages are actually pretty good overall. The problem is, husbands and wives tend to get locked in on each other’s negatives. They lose sight of all the positive things about their significant other. As someone once told me, “You can blot out the sun with your thumb if you bring it close enough to your eye.” You can also blot out a good marriage if you focus only on the things your husband is not. For this reason Scripture encourages women not to nag (Prov. 21:9, 19).

2. Never embarrass your man in public. Proverbs 12:4 says, “An excellent wife is the crown of her husband, But she who shames him is like rottenness in his bones.” Nothing can anger a man more than being criticized by his wife or girlfriend in front of his peers. Even something as simple as rolling your eyes to mock his words or behavior before others can devastate him. The reason? It shouts, “This guy doesn’t have it together.” He may not react visibly to this sort of thing in the moment, but inside he begins to harbor secret anger against you for this public shaming. And that anger will often come out later in a different time and context.

I’ve seen many women struggle to accurately gauge the health of their marriage. Most are more pessimistic than they should be, dwelling on the 5 percent that’s out of whack, to the exclusion of the 95 percent that’s on track. Everyone else thinks, What a great guy her husband is! because he’s doing so many things well. He’s responsible, kind, truthful, and helpful, but she’s lost sight of her great guy because she’s locked in on the small percentage of things he’s not doing well: “He doesn’t talk to me enough. He’s not a strong, spiritual leader in our home.” Resist this negative approach. Don’t dwell on a few shortcomings. Cheer the good stuff and entrust the rest to God.

4. Never treat sex in marriage casually. It’s crucial to your husband. Crucial! Remember, good sex for a man is not only what it means for him but also what it means for you. Stay creative. Surprise him from time to time. Books are available to help you in this. Stay attractive. Tell him what he’s doing right and how good he makes you feel. Good sex is life-giving to a husband.

5. Never assume his job is not your business. A man wants to marry a woman who will nourish his life vision. You should have a good hands-on knowledge of what your husband does and appreciate the pressures he faces. Interact with him when he needs to talk about his work. Problem solve with him when you can. Pray for him and let him know it. Be his career partner.

6. Never fall more in love with your kids than with your husband. That’s easy to do as the years go by. I call it “the great swap.” You get caught up in all the things the kids are doing, often seeing more of them than you do your husband. What you don’t notice is the growing distance developing between you and the man you vowed years ago to give your life to.

Then comes the day when the house is empty of children. They’re gone. But so is the closeness between you and your husband. You’re alone with a stranger. Don’t let that happen. Keep developing new ways to enjoy each other even while the kids are home. Take regular getaways without the children throughout your marriage to renew and refresh your relationship. Keep finding new ways to connect and enjoy life together. And when that day comes when the last kid moves out, you’ll be able to turn to your husband and say, “At last! Let the good times roll!”

Excerpted from The New Eve by Robert Lewis with Jeremy Howard, © 2008 by Robert M. Lewis. This material is used by permission of B&H Publishing Group.